At first a sample need to be prepared in an NMR tube by taking a small amount of a particular compound dissolving in a suitable deuterated solvent. As most solvents are hydrocarbons and hydrogens or protons are NMR active, we need to use deuterated solvent to avoid getting many peaks for the protons of the solvents. The sample need to be dissolved completely into the solvent before placing the tube in the spectrometer.

At last spectrum will be shown on the display to analyze its purity or to identify in case of a new compound. As for example below is a spectrum of ethyl acetate. The spectrum is plotted as intensity vs. chemical shift in ppm. We will need both the intensity and the chemical shift to analyze an unknown or a known compound. 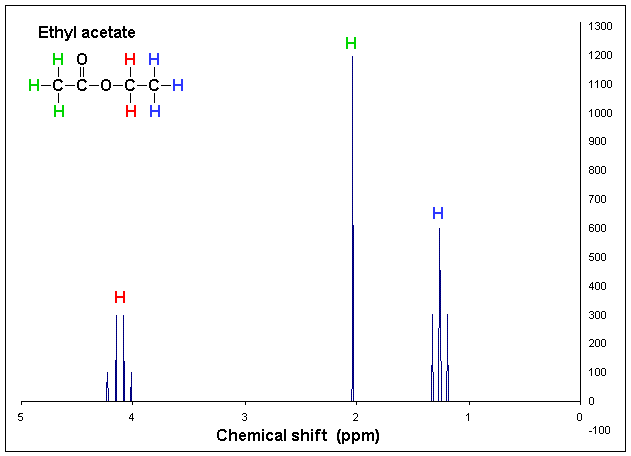