Ionic bond occurs between metals and non-metals because the metals have only few electrons in its outermost shell. Thus it likes to give away these electron to achieve the noble gas configuration and satisfy the octet rule. The number of electrons, a metal loses is the number of positive charge it achieves to form the ionic bond.

On other hand to fulfill the octet rule, non metals accepts the electrons and charged negatively. The number of electrons it accepts, is the number of negative charge it gains. As a result an electrostatic force occurs between these two oppositely and equally charged atoms to form an ionic bond.

Sodium losses an electron to get positive charge and chlorine accepts that electron to achieve a negative charge. An electrostatic force holds these to atoms to together in a crystallographic lattice. Thus sodium chloride is formed. 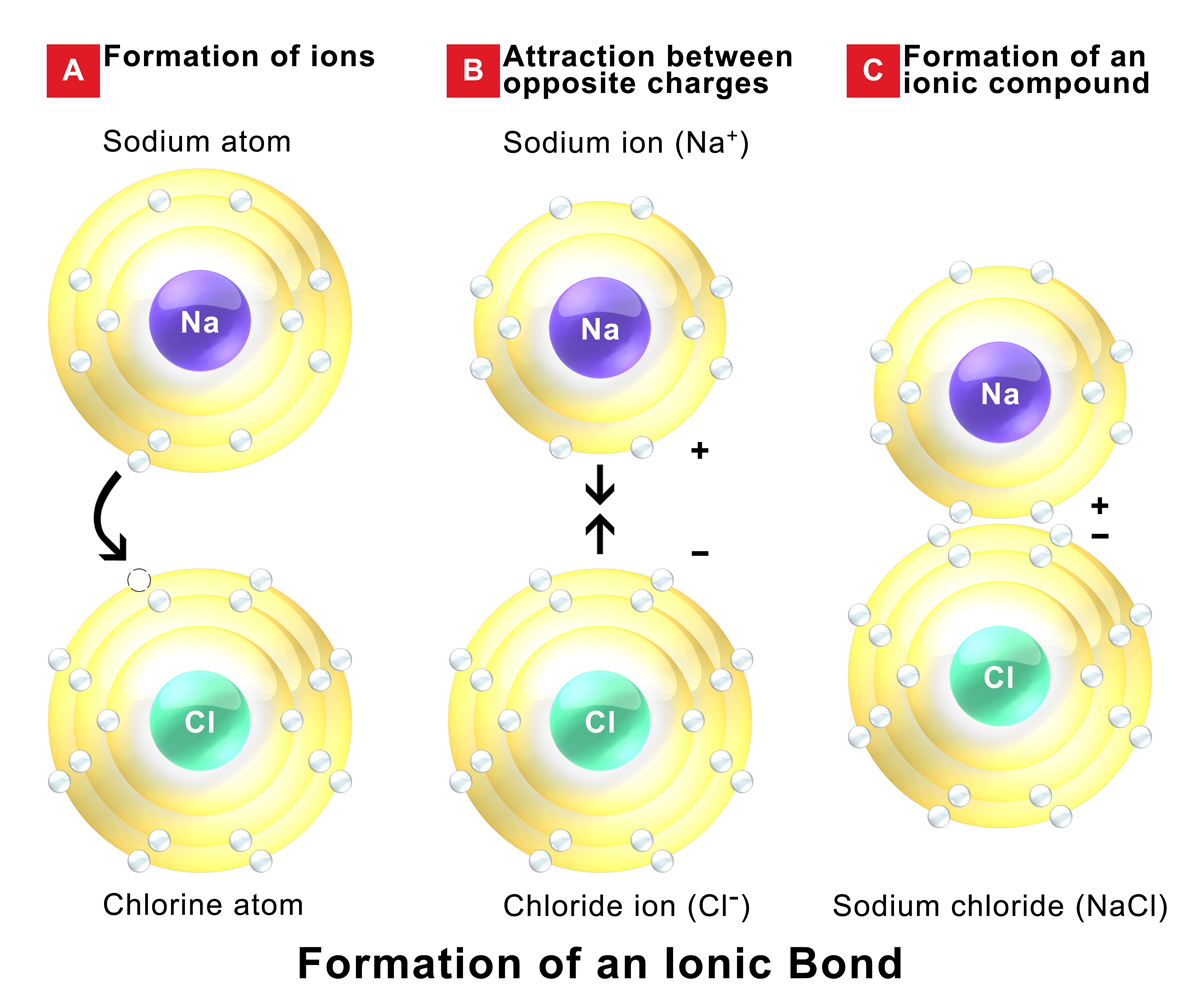 Another example of ionic bond is the formation of magnesium chloride by transferring two electrons from a magnesium atom to two chlorine atoms.

Stability of an ionic compound depends on:

The ionization energy is the energy required to remove a valence electron from the outermost shell of a metal atom. This required energy should be low to form an ionic bond.

Electron affinity (EA) is the energy released when an electron is added to a neutral atom in its gaseous state. To form an ionic bond, the electron affinity of a non metal atom should be high. So that the atom will have more tendency to accept the electron to release more energy to the nature and to become more stable ionic compound.

To form ionic compound the lattice energy should be high.

Here the difference is large enough to make an ionic compound.

Ionic bond has a very characteristic properties which can differentiate them from the covalent bond.