Among these, GLC is most widely used method. A gas chromatography looks like: 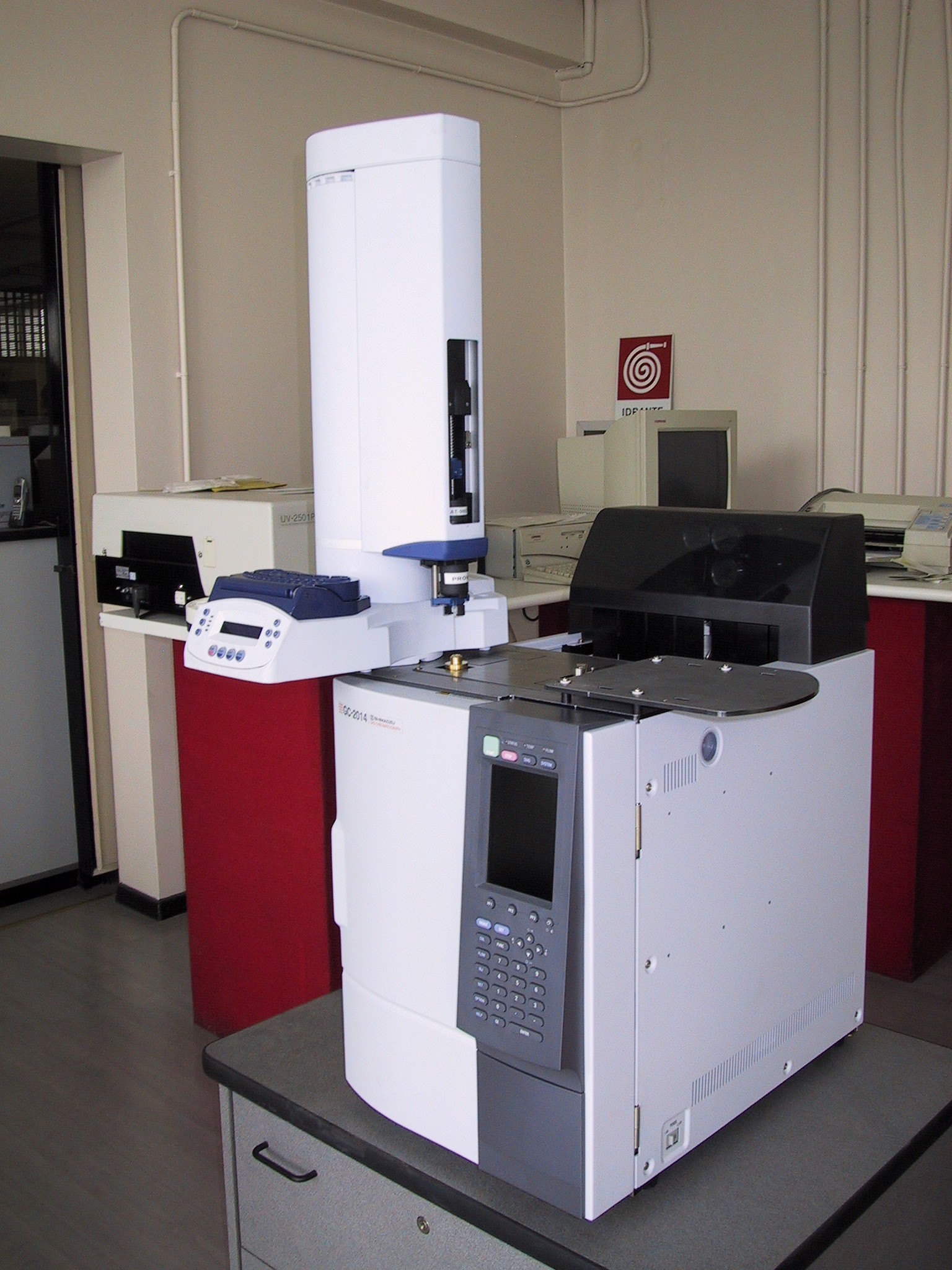 How does gas chromatography works?

Among various types of gas chromatography, GLC or gas-liquid chromatography is most popular method. This chromatography consists of an injection port, a column, a oven, a heater to control the temperature, a carrier gas flow control equipment and a detector.

An analyle in a very small quantity is injected into the machine through a rubber septum at injection port using a small syringe. The sample is then heated at 50 0C, above the boiling point of sample for vaporization. The sample vapor is then carried by mobile gas phase helium into the column.

There are two types of columns in gas chromatography: one is a long thin tube packed with stationary phase and the other is even thinner where the stationary phase bonded to the inner surface of the column. Here only the packed column is explained.

The column is normally made of stainless steel and coiled up that can easily fit inside an oven. The column is 1-4 meter long with a diameter of up to 4 mm. The column is packed with diatomaceous earth, a very porous rock. This finely grounded solid is coated with a high boiling liquid like waxy polymer.

The separation in the column depends on three things:

This way the molecules spend some time in the stationary phase and some time moves along with the mobile phase to reach to the detector.

The flame ionisation detector is most commonly used in Gas chromatography. In this type of detector organic molecules are burned by flame to get ions and electrons. The positive ions are attracted to cathode to gain electrons and they become neutralized. While the negative ions are attracted to anode to loss electrons electrons. So, The electron flows from electron rich anode to electron deficient cathode through the external circuit. This electric current is more if we have more organic compounds coming out of the column and it is less if there are less compounds. Depending on the amount of current passing through circuit the computer plots a graph and we can see that on display.