In IUPAC system the carboxylic acid is named as alkanoic acid. The suffix in alkane -e is replaced by -oic acid to give the name of the corresponding carboxylic acid. For example:

The compounds contain branch or substituents in different position, the longest carbon chain with carboxylic acid is selected and numbered started from the carbon contains carboxyl functional group (-COOH).

For the small chain acids, common names are mostly used. There are no rules for these but end with -ic acid. For example:

In aqueous solution, Carboxylic acid dissociates to give H+ cations and RCOO– anions. The negative charge on carboxylate anion is delocalized over the two oxygen and carbon atom. Thus it acts as a weak acid. 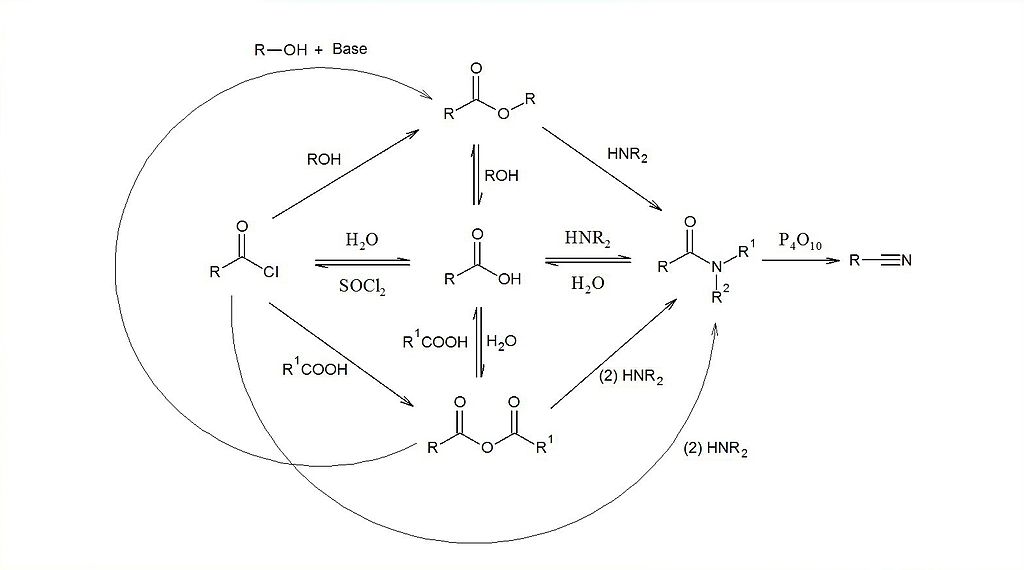